What Is A No Fault Divorce in California? 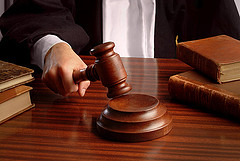 While the decision to divorce is difficult, the actual process needn’t be. Some states require one spouse to cite a reason, or fault, for a divorce. California, on the other hand, is one of several states that grant “no fault” divorces. Whether this is actually a benefit depends on your perspective.

The term “no fault” means that the spouse or domestic partner requesting the divorce does not have to cite a specific reason or prove that their spouse did something wrong, such as adultery or spousal abuse. Neither partner is considered at fault. The party seeking the divorce simply tells the court that the couple no longer gets along. This is referred to as irreconcilable differences (www.courts.ca.gov). In the event that abuse or adultery is the reason for pursuing a divorce, these reasons will play a role in determining child custody or spousal support, i.e. alimony.

The term irreconcilable differences, under California law, mean that the differences between both parties have caused a breakdown in the relationship that cannot be overcome with marriage counseling, time or assistance of the court. Incurable insanity is the only other grounds for divorce and requires additional documentation that is beyond the scope of this article.

After the decision is made to end the marriage, considerable thought must be put into planning how to proceed, especially if children are involved. Planning should involve an experienced divorce or family law attorney. Their experience in the court system and with the sensitive nature of divorce provides not only financial benefits, but also decreases the time the divorce will take moving through the court. Additionally, if there was abuse in the marriage, an attorney can help the petitioner find a safe haven during the proceedings.

When working with an attorney, there are several forms that will need to be completed. Attorneys and their staff are skilled at completing these forms on behalf of their clients. The court does not show preference on the timing of the filing of the documents (www.rocketlawyer.com).

California requires that at least one spouse live in the state for six months before filing a petition for divorce. The petitioner must also live in a county for a minimum of three months prior to filing. California courts will not grant a petition for divorce earlier than six months after the non-filing spouse receives the petition for divorce or their first court appearance. If one spouse is serving in the military, there are special requirements outlined under the Service members Civil Relief Act. An attorney should be consulted in the event the non-petitioning party is in the military.

As a community property state, California considers any property acquired during the marriage as belonging to both parties and is divided equally, subject to separate property claims, reimbursements, offsets, or other equalization factors that may be relevant. This includes homes, income, investments and other personal property such as artwork, jewelry or other items of value. Debt incurred during the marriage is also divided equally, subject to some exceptions. These exceptions are best explained by a family law attorney. In some cases, employer sponsored retirement plans fall under community property.

Couples are encouraged to look at their “community property” and decide on their own how to divide it. For instance, if children are involved, the primary custodial parent may keep the home while investments may be retained by the other. Property that is obtained prior to the marriage or after the date of separation is retained by the party, as well as any inheritance received by either party is retained by them and is not subject to the community property laws, although the characterization of the property can be changed by the parties, including but not limited to; commingling of funds, or express transmutation of the property.

In some cases, spousal support may be appropriate. Spousal support is support paid by one party to support another until such time that the individual receiving support is self-supporting, depending on the length of marriage and numerous other factors. When determining if spousal support is appropriate, the judge considers the factors of Family Code Section 4320 including, but not limited to, each spouse’s income, the standard of living during the marriage, health status of each party and the age of each party (www.divorcenet.com). Generally spousal support is awarded in the event that one spouse has been out of the workforce due to health issues or has been raising children.

When children are involved in a divorce, the issues of child custody and support are generally the ones that are the most emotional. California uses the “best interest of the child,” as defined by the Family Code as the standard to determine custody. Any changes in custody must be approved by the court, or agreement of the parties, particularly if the custodial parent is moving out of state. Changes must always be shown to be in the best interest of the child.

California has a specific formula for determining child support and it is rare for the courts to deviate from it. The formula is based on each parent’s income and the length of time the child spends with each parent. The court will also determine which parent is required to provide health insurance. Child support is paid until the child graduates from high school or age 19 if they are attending college or other post high school education. Payments may continue longer if the child has a disability.

Divorce is a major life change and should never be entered into lightly. While California is one of the easier states to obtain a divorce in, those seeking a divorce should always seek the advice of an experienced attorney. They can provide you with guidance and advice regarding the best way to proceed through each step of the process.

Legal Disclaimer
This article and the information contained herein have been prepared by The Law Office of André J. Ausseresses, APC for informational purposes only and is not legal advice. The use of this article, and the sending or receipt of information does not create an attorney-client relationship between you and The Law Office of André J. Ausseresses, APC. Communication with The Law Office of André J. Ausseresses, APC through this web site may not be considered privileged or confidential. Any statement, testimonial, or endorsement contained herein does not constitute a guarantee, warranty, or prediction regarding the ultimate result or outcome of your legal matter. If any result of any legal matter is portrayed in this article, please note that the result portrayed in the article was dependent on the facts of that case, and that the results will differ if based on different facts. Any link from this article to the web site of a private, governmental, educational, or other non-profit entity’s web page does not state or imply the existence of a relationship between The Law Office of André J. Ausseresses, APC and that entity. Internet subscribers and online readers should not act upon any information contained on this article, this web site or any other web site without first seeking the assistance of legal counsel who will apply the applicable law to your special circumstances.