10 Signs You’re in an Abusive Relationship 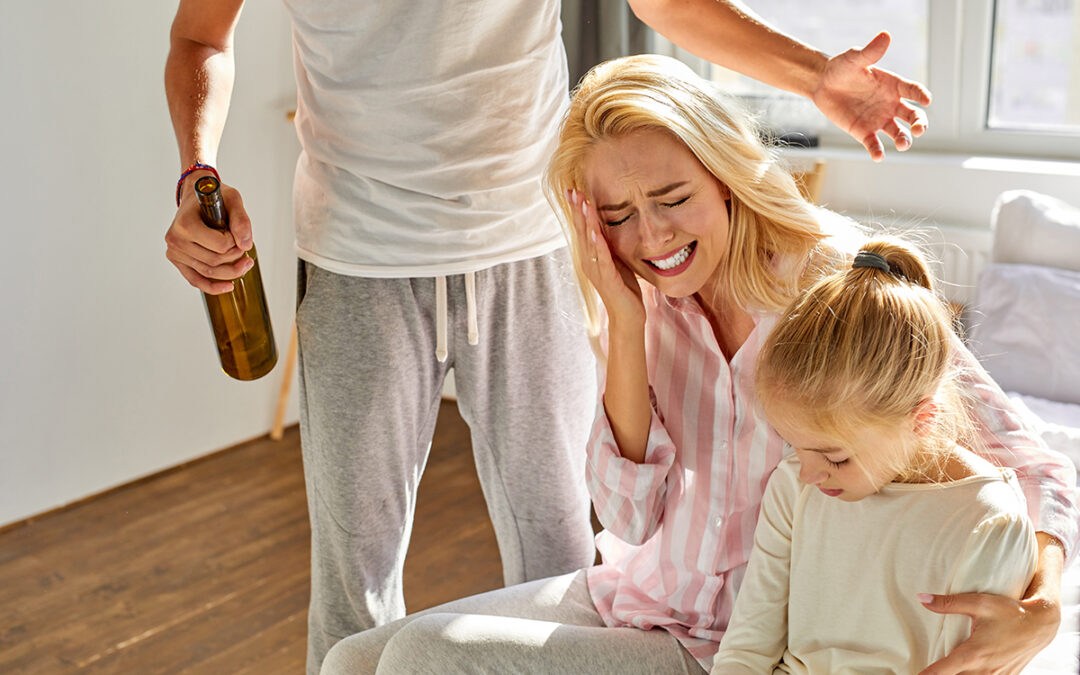 Domestic abuse can take many forms, as can the types of relationships where it can occur. It most commonly happens among married couples, dating couples, previously married or dating couples, and people who are living together. And while it can often take the form of physical violence, there are other types of actions that can constitute abuse.

However, people aren’t always aware of these other types of abuse. Or they may realize that their relationships aren’t healthy or on solid ground, but may still not realize that they are the victims of domestic abuse. This can result in them not seeking help for months or even years. And the longer victims go without getting help, the more damage they can suffer physically, mentally, and emotionally.

1. You’ve been hit or physically harmed, even just once.
Acts of physical violence are the most cut-and-dried form of domestic abuse. When someone is physically struck or pushed by a partner, by definition, they’ve been abused. All it takes is one act of violence to set the stage for an abusive relationship, especially when the violent partner uses the threat of additional violence, whether or not they act on it.

2. You’ve been sexually assaulted.
Sexual assault can happen in all types of relationship, including longstanding romantic relationships such as marriages. Both partners must always consent to sexual acts. When consent is withdrawn at any time or never granted in the first place, regardless of the type of relationship, continuing to engage in sexual acts or touching is a form of domestic abuse.

3. You’ve had your personal property damaged or destroyed.
Sometimes, acts of violence aren’t towards people themselves, but instead towards their belongings. Smashing, breaking, or damaging the personal items of a romantic partner can constitute domestic abuse, especially when the destruction is done in a manner that’s designed to intimidate or cause emotional distress to owner of the items.

4. Your pets have been harmed.
An even more personal form of violence that’s directed away from individuals is when their pets are harmed or abused. Pets are often treated and viewed like family members, and many abusers are well aware of that fact. They may harm cats, dogs, and other pets by handling them roughly, neglecting them, or going out of their way to physically strike them for real or imagined behavioral issues.

5. You’ve been deprived of food, water, medication, sleep, and other essentials.
When a partner withholds the things you need to live a healthy life, or interferes with your ability to live a normal and healthy life by depriving you of them, it can constitute domestic abuse. This is especially true when withholding these things is done as a form of “punishment” for perceived misdeeds or slights.

6. You’ve been manipulated or gaslighted.
Manipulation or gaslighting can take many forms and can constitute domestic abuse, especially when they interfere with mental and emotional wellbeing. Manipulation can include threats of self-harm or suicide unless the other person behaves in a certain way, while gaslighting can include blaming the other person for things that go wrong in the household or in the relationship, even when they couldn’t possibly have been at fault.

7. You’ve been threatened.
Threats of violence or other forms of abuse can be considered abuse themselves. People who are threatened often live in a constant state of stress, fear, and worry. This can result in a myriad of psychological and even physical health problems. Threats don’t have to be carried out to be abusive, especially when they are frequent.

8. You’ve been reduced to feeling powerless.
A power dynamic exists in many relationships, including healthy ones. However, healthy relationships are as balanced as possible, with both partners recognizing each other’s strengths and weaknesses. When one partner exerts their strength, especially in the face of their partner’s weakness, whether it’s emotional, financial, or even physical, it can be considered abusive.

9. You’ve been stalked or harassed.
Most common among former romantic partners, stalking and harassment can range from unwanted emails and phone calls to showing up at workplaces and attempting to enter homes. These actions can be extremely damaging and frightening to the people experiencing them, as they’re often couple with threats and done as a form of intimidation.

10. You feel unsafe in your home.
Everyone deserves to feel security and safety in their home. When a partner’s behavior is such that they are likely to “go off” at any given time through violence, verbal assaults, destruction of property, or other abusive behavior and you feel unsafe around them, you may be a victim of domestic abuse.

Our California Family Law Attorneys Can Protect You

Domestic violence is a serious issue. It can have dramatic effects on people’s physical and mental health, and in severe cases, it can result in post-traumatic stress disorder and severe injuries. And when domestic violence continues to escalate over a period of months or years, some victims are even killed by their abusers.

It’s important to do everything you can to stop domestic violence and abuse in their tracks. In California, that means utilizing the family court system. At The Law Office of André J. Ausseresses, APC, we know California family law inside and out, including restraining orders and orders of protection. When you contact us, we’ll work hard to help you achieve a more secure and peaceful living situation.

Get in touch with our firm today for a Free Initial Consultation.