What is Legal Custody? 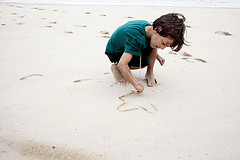 There are two types of custody. Physical and legal.  I wrote about physical custody last month.

This month focuses on Legal custody and the general concepts.  Legal custody is generally referred to as the decision making right for the children.

Some examples of the types of decisions include; what school the child attends, what doctors the child sees, any enrollment in extra curricular activities.  There are many more, but those are the main ones.  Usually, once the child is enrolled in a school, comfortable with a certain doctor there is not much else to be decided.
However, I have seen parents fight over many other things such as, whether or not to allow a child to have a cell phone, to permit them to wear makeup, or if they will have a girlfriend.

There is no master list that defines what decision fall under the umbrella of Legal Custody, but in my experience, it usually involves some major implication to the child’s general lifestyle and well being.  Something trivial such as what color socks the child wears is not a legal decision, but something like if the child should be medicated on ADD medication is a legal decision.

What constitutes a legal decision generally depends on the case and specific facts.  I have noticed that courts are usually ordering joint legal custody absent some poor judgment on the part of parent such as failing to have the child see a doctor when they need to. In some cases, when one parent has close to 100% of the timeshare, the court may order sole legal since the parent with most of the physical custody will be better equipped to make decision for the child.

If the court has ordered joint legal custody and the parties cannot agree then it will usually head back to court and the judge will decide.  I have seen people spend thousands of dollars and numerous hours litigating decisions such as what school the child attends and what, if any, medical attention the child needs.

Therefore it is best to reach an agreement between the parents.  But if not, it is important to know what decisions need to be made and how to make them.  The last thing you want is not to have a voice in your child’s upbringing.  If you have questions regarding these issues it is advisable to contact a Family Law Attorney.