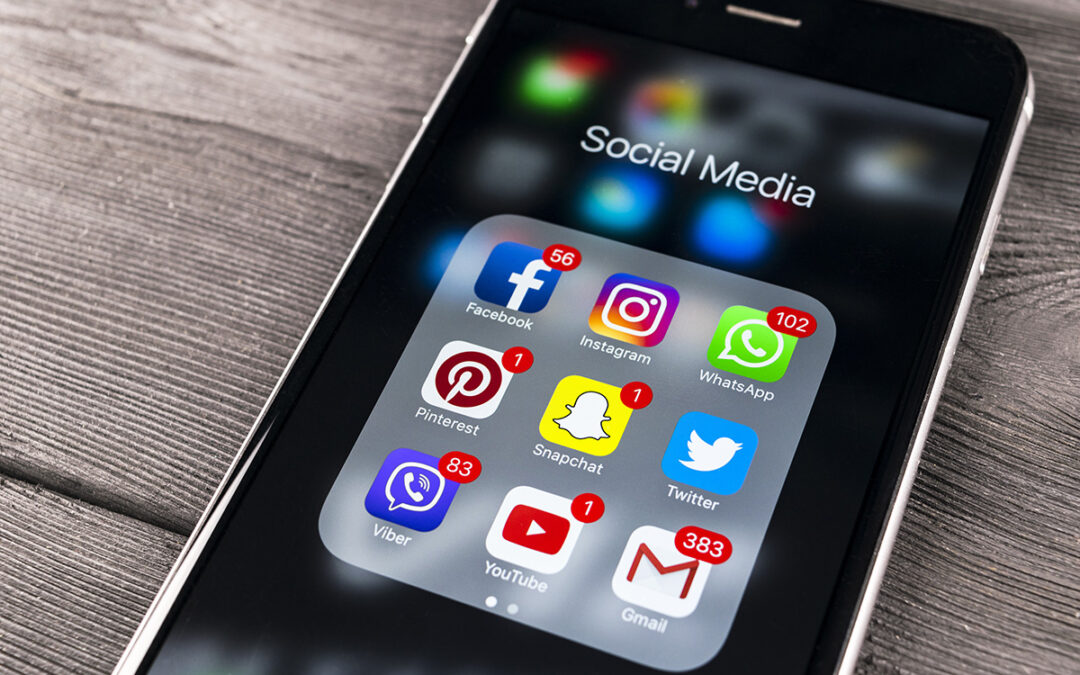 In recent years, social media has gone from a fun time-waster to being thoroughly embedded in society. In 2021, 82% of Americans were reported as having at least one social media account. Many people check and post on social media accounts multiple times per day, and accounts are becoming tied to everything from career advancement to customer service.

But there’s a big downside to social media: privacy. For many people, this issue simply boils down to being uncomfortable with what others are able to learn about them. But for people facing potential legal issues, their level of digital privacy can play a huge role in the outcome of their cases.

If you’ve been accused of domestic violence, it’s extremely important to read the following information and to take your social media activity seriously.

On most social media platforms, default privacy settings allow accounts and profiles to be viewed by anyone. All activity, including posts, pictures, and status updates, are posted for the world to see. When you’re under investigation, know that the things you say and do can be used against you, and that includes your social media activity.

Even if you lock down your social media privacy settings, your social media accounts may still be used against you if you allow others access to see them. The best way to avoid this is to be careful about who you “friend” or “follow” online.

While your case is ongoing, it’s important to avoid talking about it on social media. Your best option is to avoid social media completely until your case concludes. If you do post, never talk about the case itself, the person accusing you of domestic violence, or about any other people who may be involved in the situation.

Context, tone, and meaning can be difficult to discern in written form, especially in short social media posts. If you reference your case or the person accusing you of domestic violence, even if you don’t intend harm, it could jeopardize your case due to the way the words are interpreted.

If you already posted about the situation or the person accusing you of domestic violence before the case began, don’t delete the posts or your accounts. Deleted posts can often be recovered via archives or caches of websites and apps.

Instead of deleting the posts, change your privacy settings. This can change who can access or see them without leaving a potentially “suspicious” track record of deleted posts.

Avoid Communicating with Your Lawyer through Social Media

Just as fake accounts may be created in order to access your social media profile, the same can occur with law firms. If you have a lawyer representing you with your domestic violence case, they will have primary methods of contacting you. Use these methods of communication rather than social media.

If someone representing themselves as your lawyer or as a representative of the law firm handling your case contacts you through social media or another unexpected medium, don’t reply. Instead, call your lawyer directly to determine if the communication is legitimate.

Being accused of domestic violence can turn your entire world upside down. It’s even more distressing to know that your actions from this point on will be under a microscope. Unfortunately, social media activity has been many people’s downfall during legal proceedings, and domestic violence cases are no exception.

At The Law Office of André J. Ausseresses, APC, we understand what you’re going through. Our years of experience handling cases like yours means we have the knowledge to protect you from all angles. When we take on your case, you won’t have to worry about getting blindsided or an unexpected twist jeopardizing your rights.

Contact us today for a free initial domestic violence consultation.